“He died”, my mother said over the phone. I had been waiting for the call for ten years. Feared it all my life. My father was finally allowed to rest. Sleep. Suffer no more. I closed my eyes and asked my mother if she was ok. I still don’t remember what she said. Later that afternoon we  drove down to the hospital. I have no idea how I got there, but I made it somehow. We asked for my father and they showed us into a room. And there he was in his bed. His hands grasping a small flower. Finally still. A candle on a bedside table. All was quiet.

I held her. For the first time in years he didn’t look like he was in pain. The lines on his face were smoother and you saw signs of the man he once was. Before the cancer.

It was finally over.

And for some reason the divide between us was gone. All the things never said, all the things I wished he’d done didn’t seem important. All the bitterness of having a father who never openly said he loved me. Gone. No anger. No resentment over the fact that he never ever said I made him proud. No more questioning why. No more accusations.

And a silent promise not to hate.

You did what you could.

I still don’t understand why you couldn’t reach out to me, but never mind.

I miss you and wish you could see me now. 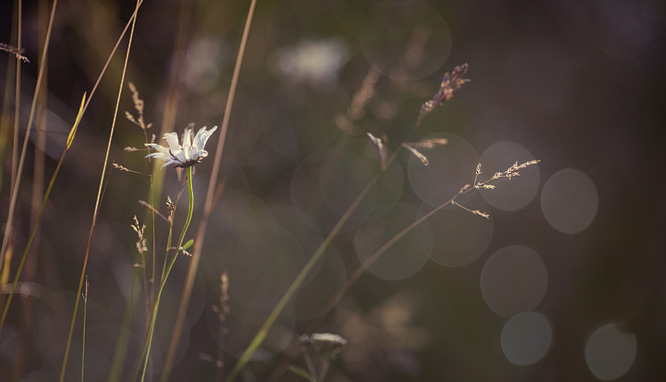 I read this just in time. Thank you.

Nice words..you really touched me deeply..remind me of my father

this was the most heart-wrenching thing i’ve ever read…

My father passed away yesterday. He took his own life. Chris searched through your archives and found this for me. It’s everything I feel written out in a way I can’t express. It helps. Thank you for sharing.

Oh my, what a beautiful post. I often have those thoughts – how would I feel if my dad died? I hope I feel the same way when one day he passes away…

Wow this post caught me of guard. I lost my Dad a year ago to a sudden heart attack and then my step-mom to cancer two months ago. It’s really hard. Got to keep their memory alive.

Jonas, you are in my prayers. I’m so sorry for your loss. Your words gave me chills. Much love.

i lost my best friend nearly 3 weeks ago to cancer. everything that was unsaid was suddenly said, there wasn’t a glance unnoticed or moment missed. now i still in the stillness and am blessed for what was and is.
your father is proud and more importantly your mother is able to beam in her pride and exhale.

jonas… this is a beautifully written work of love. i appreciated every word. thank you.

I’m losing my sister to cancer right now. This post hit me hard. I’m so sorry for your loss my friend.

What an incredibly moving post. Really has made me speechless.

I lost my mum suddenly last year. It’s so hard isn’t it, the reconciling all the unspokenness, the lost chances. I’m glad you seem at peace with that.

How sad that such events are the ones we need, to remind us just how precious life is.
Best regards. Love your work. Love who you are.

How sad, that such events are the ones we need to remind us just how precious life is. Best regards. Love your work. Love who you are.

You described exactly how I feel toward my dad. He died of cerebral hemorrhage. But for the rest everything else fits.

I am sure your dad is proud of the man you have become.

Wow, I don’t even know you and this made me cry. I dread this day so your post was a friendly reminder that life is so precious. p.s. love your work.

I lost my dad quite suddenly a little over a year ago, and this was difficult to read but also very moving and cathartic. Thank you for sharing.

I lost my mom 2 months ago, my dad 7 years ago and only sibling 9 years ago. Alone now in some regard. Unanswered questions, but peace and a better place in my mom’s case.

Your Dad is VERY PROUD of YOU :)

Just lost my dad a year ago…I grieve knowing what you are experiencing. My thoughts and prayers are with you and your family.

Wherever you go these days cancer seems to have touched every person in some way. I lost my grandfather on the 19th of February this year, the saddest day of my life. Every day as moments between us grow longer it seems that the sadness deepens. There was still just so much to learn, so much to say.

But every now and then I hear his voice and am reminded that though he is gone from this world he is not gone from mine. He is there,guiding my course through life from a place that knows more of what is right for me than I do. I see things differently now, and every time I notice the difference I know that it is him pointing out the beauty in the moments I may not have noticed before.

I am sure that your father is incredibly proud of who you have become and I know that if you look to the amazing images that you capture you will see a little bit of him in evey one, guiding your eye in new and spectacular direction.

Because you are a part of him, becuase he created you, he will always live in who you are and what you do.

Jonas, take care of yourself.

Thank you for sharing this. I’m very moved by it. I wanted to leave a comment to encourage you to continue sharing on this blog.

Jonas, I’m so sorry for your loss. Please take care.

Wow, heavy stuff. I’m happy that you have come to terms with what never was and that you made such a successful life for yourself and your loved ones. I bet you always make sure to say you love them.

I’m so sorry for your loss. Your writing made me catch my breath.

Jonas, I’m not usually one to comment.
However, you are a beautiful writer and a true artist…
Thank You.

beautiful. really beautiful. Now I have to call my dad today and we havent spoken in 2 years

I’ve been sitting with my fingers hovering over the keyboard for several minutes, but I have no words. Just very moved by this, and the fact that you shared it so openly.

He loved you so much and I’m sure he can se you now. And I love you and miss you.

I didn’t know your father, but through this site I feel like I know (a small part of) you. And I’m sure he would love you. Thank you for sharing this touching story.

I’m not sure what to say. I am sorry for your loss, whenever it was. I am sure your dad knows who you have become and that it makes his soul sing, wherever he is.

take care. you are loved. ♥

wow, this just completely stopped me in my tracks. sorry for your loss, jonas.